The Balanced Diet - An Ayurveda View

The food is one of the most essential commodities needed for sustenance. And looking around the world, one realises that most of the sufferings of mankind are mostly due to food. Before financial boom in India, relative proportion of life style disorders were much lesser than now. As per WHO Non-communicable diseases (NCD) are estimated to account for 53% of all deaths in India. It means that 53 people out of 100 in India are dying of life style disorders that includes hypertension, diabetes, heart diseases, cancer etc . Further, prevalence percentage (2008) of hypertension is 32.5% and raised cholesterol is prevalent in 27.1% of population. These numbers are enough to demonstrate dismal state of health maintenance in India. Since urbanisation, we have witnessed mass migration of rural population towards metros. Probably, this is also one of the causes of increasing life style disorders for the reason of adopting cheaper foods for sustaining life and compromising on the nutritional aspect of the diet. Migrating youth generally does not get an access to the home made food and relies on street food, cheaper mess diet and consumes trans fatty acids in excess.  By the time this generations gets settled, side effects of unhealthy food habits already are grouted. This could be one of the reasons why risk of Coronary Artery Disease is much higher in India in early 40’s of the age.

It is relevant to understand that when it comes to life style diseases, food is considered to be the primordial culprit as a root cause. Although it is one of the reasons but cannot be considered as the only ghost, in fact it is not the ghost. As it is evident from the quote above, “The food which is gratifying to sensory experience (colour, smell, taste, and touch), cooked and consumed as per standardised guidelines, is called as life”. It essentially sustains life of living beings. It is a comprehensive definition and also negates the false believes about food. Food definitely is not bad, but the method of cooking and consuming are bad that result into undesired effects of food when these habits are practiced over a prolonged period.  It is already known and believed that if food is consumed in appropriate dosage it works like a medicine. And those who realised the fact stated, “Let food be your medicine”. In traditional and indigenous system of Medicines-Ayurveda food in fact is used as a medicine. It comprehensively teaches about food and methods of consumption which is essential to sustain healthy life. As per Ayurveda, contrary to common belief and teaching, dosage of food cannot be standardised. Also, to sustain a healthy life only balanced consumption is not going to help. Selection of food, it's processing, consumer, and rules of consumption are essential components to get maximum benefits of food. Therefore ‘eight rules of food consumption’ is an essential tool of healthy living. It includes Natural Qualities (of food/of consumer), Processing, Time (Seasonal/Age), Geographical conditions, Combinations of food, Quantity of food, Rules of consumption, and Consumer. In Ayurveda dietary planning is not limited upto standardised calorific consumption of food. This standardisation is also, in my opinion, is one of the reasons of increasing life style disorders in urban rich population.  Because we have failed to educate the mass that standard prescription of 2600 Kcal of diet is meant for those who are engaged in heavy labour. And calorific prescription of food also changes with the kind of life style we live. Ironically, those who need 2600 Kcal of food do not have an access to the food and those who do not need it has an access in excess.

Since Ayurveda believes that dosage of the food is proportionate to the digestive capacity of an individual, it is difficult for the second person to decide the appropriate dosage of food. Therefore, an individual only can decide how much food should be consumed by him/her. But we witness the subject being confused about the quantity of food to be consumed voluntarily and continues to complain of hunger if following a specified diet plan. One needs to be educated properly that stomach is an elastic organ and its size tends to increase over the period of time if constantly given large amounts of food. On the other hand, it may also shrink if served measured quantities and given the condition that one trains itself mentally to sustain hunger pangs during the period of dieting for some time. Now even research has established that intermittent fasting turns out to be good for health. As per Mark Mattson, ‘You probably know that too many calories aren’t good for your waistline, but as it turns out, they aren't good for your brain either’. Mark Mattson is a professor of neurosciences in the Johns Hopkins School of Medicines and is working on effects of fasting to ward off neurodegenerative diseases. As a principle, Ayurveda categorises diseases into two groups — due to over nourishment and due to malnutrition. Life style disorders are categorically mentioned under diseases of over nourishment. And treatment to such disorders is Apatarpan or Langhan which is synonymous to fasting. Fasting does not necessarily mean abstinence from food, however, it is a judicious permutation and combination of multiple activities that restore health. It entirely depends upon an individual to find the most suitable form of fasting and seek help from the professionals to decide the approach to follow the same. The easiest methodology is taught and practiced in traditional Indian Culture in which people are made to fast on religious grounds as an offering to their choice of deity. The science behind it is to restore the primordial deity of the body — digestive system.

Another aspect relating to food which is absolutely essential but mostly ignored — ‘one should never eat unless the previously eaten food is completely digested’. It is one of the most common practices we observe in daily living. People tend to eat back to back unaware of the fact whether previous meal is digested or not. Indigested food when gets mixed with fresh supply, it results into fermentation of the whole mix and becomes very slow acting and quotes mucosal lining of the digestive system. Further, it leads to poor absorption of digestive juices and impairs nutrition. It is called as Ama - Toxin in Ayurveda. How does one understand if previously eaten food is digested or not? Simplest methodology, when you feel hungry, drink a cup of tea like hot water sip by sip. It will induce burp. If in the burp, taste relating to previously consumed food still appreciated, it is not the appropriate time to eat and one shall allow this remedial hot water to digest the food. Once the food is digested, eat relatively lighter meal at next meal time. This method not only restores digestive enzymes but allows the system to deplete the glucose stored in liver in form of glycogen. Once the glycogen is depleted, body starts burning fats which gets converted into ketone bodies which is used as energy. This small and intermittent phase of fasting may also help in clearing cholesterol from the arteries, if practiced judiciously.

Globalisation has made the world small. Although, it played an important role in technology exchange and the benefits of knowledge exchange are immense, but it also is among the reasons responsible for life style disorders. Impact on eating habits of people in today’s era after globalisation is, ‘Stay locally and eat globally’. Ayurveda resorts that one should eat according to the place.  Native land grows food appropriate to the climate and it suits by default to the natives. It is wise to use coconut oil for cooking in southern India while mustard oil cooking is appropriate to northern. Eat local is the key to health and not only local but eat seasonal. Seasonal food locally grown as per the natural selection becomes suitable naturally and does not hinder with the health. Seasonal native vegetables grow as per the environmental conditions and provide properties needed to sustain in that particular season. Mustard grows in winter which is heating in nature and it is one of the major crops of northern India. Eating food that is not native to own’s country does not prove to be healthier option unless you have a super powerful digestive system. The wisdom says, eat consciously and the conscious eating is all about making justified choices when it comes to deciding food.

Views and articles published on this blog are the sole property of the author. And unauthorized use is prohibited in terms of printing, publishing, reproducing, presenting without prior permission. Articles are meant for the purpose of general awareness and for further advice and utility of Ayurveda treatments, consult your Ayurveda physician.

Here is the world of Ayurveda waiting for you to explore this ocean. You can find here the knowledge that you were looking for. Your feedback is must in order to make this blog worth. Kindly feel free to ask your questions via comments leaving your e- mail i.d. they will be answered soon.

Visitors to this Page

Ayurveda all your way 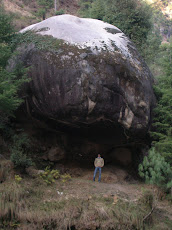